The opposition to Israel’s proposed judicial reforms have reached across the political aisle, crossing the lines of religious, secular, Jewish, and Christian communities. At The Israel Guys, we discussed this issue in multiple videos, with our firm belief being that a change to Israel’s judicial system can only be for the good of Israeli and Middle Eastern democracy.

After our first video was published, we received comments from several on the conservative side who were voicing concern about the proposed reforms. After a prominent Christian leader in Israel publicly said that the proposed plan was threatening Israeli democracy, I realized that the record needed to be set straight.

In short, Israel’s new Justice Minister, Yariv Levin, along with Prime Minister Bibi Netanyahu released the new government’s plan to reform the judicial system in Israel, with a primary focus being on the court system, most notably the Supreme Court. The premise of the plan is to add a series of checks and balances to Israel’s government, resulting, contrary to what many people believe, in more democracy, not less.

Interesting to note, is that out of more than ten nations who are all first-world democracies, Israel is the only country where Supreme Court justices are not chosen by elected representatives of the government. These countries include the United States, Germany, France, Switzerland, Denmark, Spain, Portugal, Belgium, Japan, and the Netherlands.

Several decades ago, the balance of power between Israel’s branches of government was tipped much too far to the left. Ultimately, the Supreme Court was set up to rule as more of a dictatorship with ultimate power over new justices and the ability to veto Knesset legislation. While some would call this a needed balance of power, set up so that the courts can hold the rest of the government accountable, the courts in Israel have been extremely left-leaning for decades, and since they have the ability to veto the appointment of new judges, there is no prospect for change, even when Israel’s citizens vote in a right-wing government.

Since Israel lacks a constitution, the Supreme Court was given the power to overrule legislation passed in the Knesset that they decide violate Israel’s Basic Laws, which in themselves are controversial, and by no means serve in the same capacity as a constitution.

Unfortunately, the courts have catered to the left in many areas, protecting terrorists, blocking the IDF from properly dealing with terrorism and violence, and ordering the demolition of Jewish homes and communities in Judea and Samaria while ignoring the blatant illegal building in the Arab sector.

An even greater imbalance of power, the court’s system for selecting new justices, is also flawed. A committee of nine people, three of whom are Supreme Court Justices, several MKs, and the sitting Justice Minister approve the appointments of new judges. Since each new appointment must receive the approval of at least seven of the committee members, this gives the Supreme Court the ability to veto any new justice they deem unfit. This has served to give the court system a sort of monopoly on the court’s view of Israel’s legislation that passes through their parliament.

The proposed justice reform seeks to put this system of selecting judges in check, by bringing in the coalition government to assist in the process. In effect, this allows the will of the people to have a vote in who is appointed to the courts, restoring a balance of power and adding more checks and balances.

Also under the proposed reform plan, although the Supreme Court will still have the power to strike down legislation that has been passed in the Knesset, the Knesset will then in turn be able to overrule them with a 61-seat majority vote. While this does not completely eliminate the Supreme Court’s ability to challenge legislation passed in the Knesset, it does keep both bodies accountable to one another, again adding democracy to Israel’s system of checks and balances.

While protests against the proposed reforms have attracted massive crowds of people, with some estimating last weekend’s protest drawing 80,000, I believe Netanyahu said it best when he said:

“Two months ago there was a huge demonstration in Israel, the mother of all demonstrations. Millions of people took to the streets to vote in the elections. One of the main issues they voted for is the reform in the judicial system.”

Although thousands may be against reforms, there are millions who voted for change to happen. Ultimately, this will be for the good of Israel, and the good of the Middle East, where Israel rules as the shining example of democracy in the region.

Christians should understand the Israeli-Arab conflict from a Bible-based perspective. Here is how 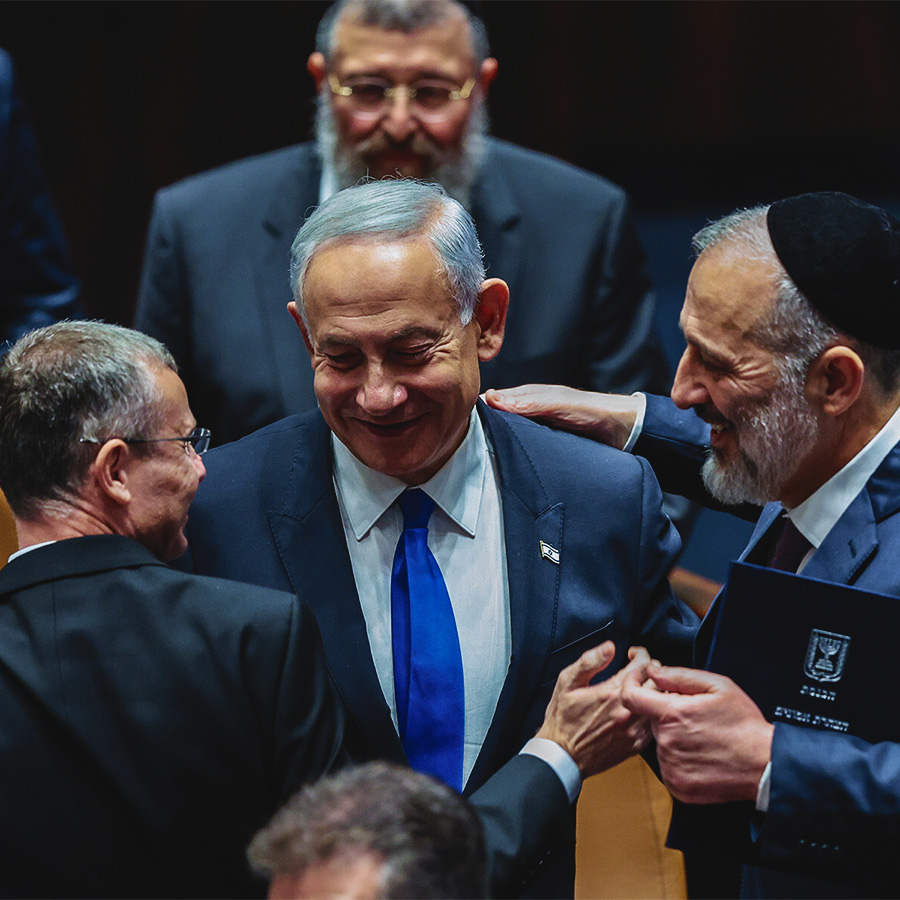